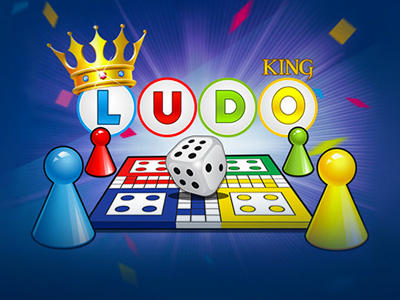 Are you familiar with the ancient Indian game called Pachisi? It is a classic board game that stimulates the mind. Did you know there’s a similar app that lets you enjoy this ancient game? Check out the modernization of the old Pachisi game in Ludo King.

From the India-based game studio, Gametion Technologies comes a free-to-play game application of the classic Pachisi. Developed for Android, iOS, Kindle, and Windows Phone is the mentally stimulating board game. In Ludo King, you can play against the computer or challenge other players from around the world.

Did you know Ludo King is the first Indian game app that reached over 100 million downloads? Released in February 2016 on the App Store, this beautiful board game ranked number one in the free games section.

Wondering how do you play Ludo King? Following the gameplay of Pachisi, your goal is to move four tokens around the board and toward the center. If you are the first person to do that, you win the game.

Would you like to play the game of kings? You can do so on your phone with Ludo King. When it comes to casual board games, this one is the best. Here are some of its cool features. Ludo King regularly undergoes through many updates and iterations. So you can expect new game themes. These themes include disco, pinball, Christmas, and nature. There’s also a voice chat feature. You can chat with your buddies in real-time. And if you want to check the stats, Ludo King has it too.

Within about a year from its launch, Ludo King reached over 50 million downloads on Android devices. In just two years, this fantastic game recorded around 118 million installs. It is the most popular game in India, having daily active users of 10 million (or 70 million monthly users).

Wondering who plays Ludo King? The players are mostly within the 18 to 35 age demographic; retirees are also common. The average time that players spend on the game is between 15 and 16 minutes a day. Ludo King also enjoys a huge following in Brazil, Nepal, Pakistan, Indonesia, and Saudi Arabia.

Did you know Ludo King is a favorite game of Indian actor Shah Rukh Khan? While shooting for the movie Zero, he frequently played the game with his director and co-star. Indian singer Mika Singh also worked on the “official Ludo song,” which he launched in October 2018.

While being on lockdown during 2020’s COVID-19 pandemic, Anushka Sharma often played Ludo King with her husband Virat Kohli. Urvashi Rauleta is also a huge fan of the game.